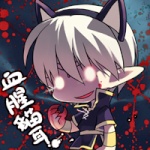 I won't have any computer that is good enough to access Edda but will most likely to be on ventrilo and msn.

Voting is over I guess. Enough people voting already. So anyways, I guess my char stay lead and the chosen one is Lunar second in lead vote and already in action.

Medecine: One of the veteran Excellence in HG. Thoughtful. Never attempt to bid on Athena boots he already got in HH when he can actually still easily outbid anyone in HG with his dkp points. He let others who need to complete their set to have it first. Attend all SD raid rain or shine & always very punctual. =x

Without any doubt she is the best choice.Before I join HG.Seen Lunar commanding in war.She lead the war very well cos people listen to her.In HG,Lunar has been always helpful & nice to everyone.She even resolve lots of problematic conflicts successfully.Basically almost all Olympus & even Titan side likes Lunar & respect her.

Helpful & most active in SD.

* Kaisya isn't a good choice cos she uses too much of her heart than her mind.Which isn't a good thing in solving issues.She never like to lead so she has 0 experience even in leading war till date.Moreover now we are talking about leading the oldest & most reputable guild in Olympus.Too risky.

-was able to manage people during HH

-is active yet (play the game beside our raid)

Her dedication to HG and the game is truly admirable. Since the day she joined us, she has been purely dedicated to the growth of HG and our expansion as a guild.

If I were to compare Kaisya and myself on the basis of pure dedication, loyalty, and commitment, Kaisya would come out on top hands down. She has shown up to almost every single raid unfailingly, and this is very evident if you compare our DKP.

Racist Bastard
Posts : 5
Join date : 2010-11-24
I nominate Lunar. She has been in HG Longer than me,(which is like forevaaaaa) Even tho at first we thought she was a Lunarian spy she proved herself D: She has always been nice and cute and asian. Sure choice. +1

Also Kaisya. Kaisya is extremelly nice. Never ever rude. Those unlike lunar she actually came from the guild Lunarians, her convictions have been set on HG since day 1.

She is hella active, and passionate in how she deals with her guildmates. She had been GoW many times I guess and is online most of the time so she can deal with any problems whenever it may occur.

Sorry for the grammar if ever Im just so sleepy.

Cocky Racist Bastard
Posts : 10
Join date : 2011-03-06
actually i felt that a tanker would do a better job in leading us from cpu. it's the class difference i feel.

otherwise my vote is for Lunar and Kaisya.
They are great!

Second Choice is Medecine : Very Smart in terms of her opinions in the game,respected by all HG members and very kind.

Whoever gets chosen ill support.

Racist Bastard
Posts : 5
Join date : 2011-02-21
I only nominate Kaisya even if i have hesitated between her and Medoc, cuz they look both reliable.
Kaisya seems kind, active yet and able to manage the guild.
Edit: I prefer cat.

Lunar: veteran guild member, very approachable and friendly, takes care of every guild member and treat us like her child (our mummi lunar

Medecine: veteran guild member too, rain or shine, he is always present for the raid. very helpful too (always look for him to help calculate the price of equipments) haha

both of them are great.

The fact that she's not only 'SD' active but she's almost ALWAYS on. And also what everyone else says about her :3

Racist Bastard
Posts : 8
Join date : 2010-11-24
Voted CPU's Dog, Kaisya and Lunar , either of them is good. We just need the one with more respect hold the tittle guild leader in Computer's place, the other still can contribute to guild no less than guild leader as a manager.

And seriously... why the helll i'm in this poll?

Re: New Guild Leader Poll Over