Should we still do SD after G3?

Posts : 17
Join date : 2010-11-22
Edit: April 28
I guess GC made things simple for us. Uniques have been nerfed to almost same stats as 40E equipment thus it is now a waste of time/effort/pots to kill the dragon now; especially since the dragon is now harder to kill too. Thus, I am suspending SD until further notice.


So as you all know, with G3 just around the corner, there will be more uses for your bronze coins than just snow dragon ever day. With the release of 3 new dungeons, especially the level 50 dungeon, there will be g3 gear available that is better than the uniques. with that in mind, we have to decide what we are going to do about our daily SD raids after G3.

I believe we will need to kill SD at least once after Chapter 2 patch as you need it to complete a quest for 1 skill point. So there will be 1 Daily SD raid(not 2, so you have 3 coins left to try new dungeons)after G3 patch until the end of the week. AFTER May 1, whatever wins poll will take effect.

Please vote carefully. Only 1 choice per person. If you have any suggestions, please post below.

as a side note: I personally will not be raiding everyday if the "raid everyday" option wins. If that option is chosen, someone else if free to take up the responsibility of making the raid party daily. [b]

Racist Bastard
Posts : 5
Join date : 2011-04-10
I want to suggest we do it until we get to the point where it would be more beneficial to get G3 gear on a 1 a day basis. No one wants to upgrade their G3 gear unless it's their endgame gear you know? And chances are, even if we have it we can't wear it.

TLDR; 1 raid per day, until most of guild reaches leveling endpoint so we can work towards G3 endgame gear together.

(I didn't make a vote in the poll yet)

but don't forget than :

3) the dungeon "Sanctuary of Frozen Time" : probably looting the end game gear = lvl 50-54 : mean we don't really need to farm the other dungeons (just get fun by exploring them) until many players reach lvl 50+ : so i'm ok with Behati about we can probably farm SD daily during the next few weeks, but we will probably change it later when we will need to farm our g3 stuff...

Racist Bastard
Posts : 5
Join date : 2011-04-10
yea I want to keep doing it until it's not beneficial for us to do it anymore. uniques will still be putting all of us ahead of the game and some of us *cough: me* don't even have full uniques yet. it will remain the best leveling gear to 52 I think.

I'd like to do it still, but when becomes stupid to keep doing it (ie doing hypit cave when you're level 40) then we should obv stop.

btw i got bannd again! 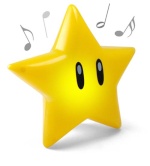 Racist Bastard
Posts : 7
Join date : 2010-12-06
I would say stop, because some people have a hard time
to actually be able to appear at the raids.
Now lunar and some other people can finally rest.
I would rather spare all coins for g3 dungeons to collect end gear than rather spend 3/5 coins on SD wich we don't need it anymore, only maiby for skill point?

Just want to be at the best level for G3 RVR, Dungeon, PVP which I think will be more practical. =x

Racist Bastard
Posts : 9
Join date : 2010-12-16
im agree with star..i think for now what we need is to hit the level cap..and do dungeon..farm new items..but if they really wanna do sd just go with alt char.. i believe all hg members now hv alt char..coz we did this on HH.

OutStanding wrote:i rather go once a week when g3 is here

btw i got bannd again!

Greedy Cocky Racist Bastard
Posts : 17
Join date : 2010-11-25
Age : 33
Location : Manila,Philippines
as long as everyone is comfortable with the decision when the vote is done, I am good with it. but since I work full time I wont be on all the time if we do SD everyday.So please vote wisely for everyones convenience.

Re: The Future Of SD- After G3 [NO LONGER DOING DAILY SD BECAUSE OF NERF TO UNIQUES]